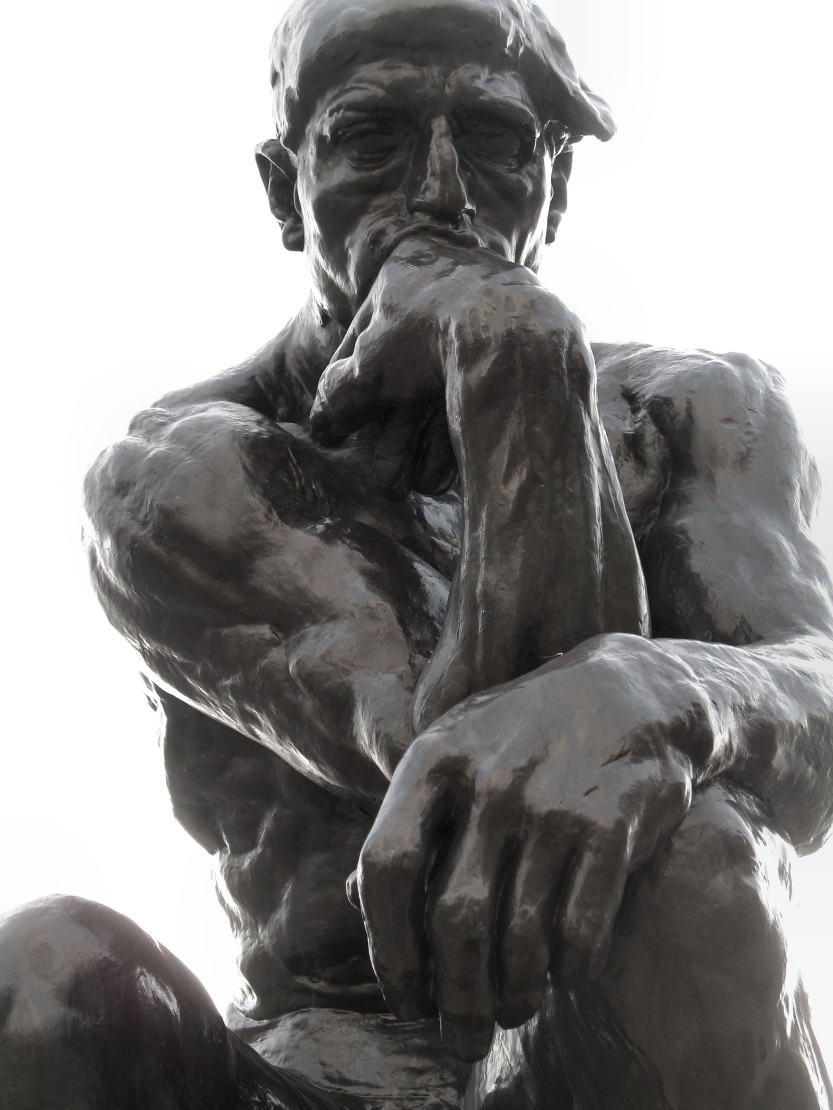 Recently while traveling on the NY metro-subway system, an interaction with a fellow traveler brought home a rather disturbing revelation – “The Human Race in general is exceptionally ignorant and is on a path of self destruction”.

Now I sincerely hope that the aforementioned statement is not taken too personally but given the gravity of that statement I can understand if most will. If you find that you are reasonably “thick-skinned” and have not allowed yourself to be offended by my opening statement, please read on and I will elaborate further.

Due to the pandemic, one is required to wear a facial mask to protect others as well as oneself while traveling on public transportation in NY. While this may be inconvenient, it is understandable and therefore acceptable. As I entered a railcar, I decided to stand near the door opening as I expected to exit within several stops. An older lady, I would estimate her to be in her mid to late sixties, sat in an adjacent two-seat station with the seat nearest me empty. The lady seemed to be by all observations, “normal” whatever that really means today. In other words, she did not exhibit any unusual behavior patterns as she sat neatly dressed while studiously reading a book. My initial observation would be challenged as she opened her mouth and began speaking to me.

I was wearing my protective garment, as she was, when she attracted my attention. I also had been wearing earphones while relaxing to music from my mobile as I stood adjacent to her. As I removed them to listen she requested that I move further away from her. She qualified her request by stating that everyone should be standing at least 6 feet from one another. I then calmly took a look around the subway car in which I stood that had a decent compliment of passengers, though not jammed-pack as it may have been in the absence of a pandemic but rather full none-the-less. As I observed the number of people in the car and noticed that there were quite a few people sitting next to each other as well as standing, I assessed that there was no where that I could move that I would be 6 feet from anyone. Now this lady who made the request that I had assessed to be “normal” had to have realized that as well and must have logically come to the same conclusion that I had but still felt the need to make the request.

It was at that moment that I shook my head in disbelief and stated the obvious, “This is stupid. Where am I going to move to as to not be within 6 feet of anyone else?” I then took one step away from the lady with the ridiculous request and returned to listening to my music safely locked within my own world albeit deeply immersed in thought due to the encounter. I then began reflecting on something much greater – this woman’s ignorance is not limited or unique but indicative of the greater society of human beings as a whole, especially within the United States. The woman, seemingly intelligent and rational (as far as I could tell), exhibited a lack of social awareness and understanding or perhaps was just unable to process exactly what was occurring around her outside of her own world. In other words, she exhibited behavior that was ignorant, fearful, selfish and generally lacking thoughtfulness and critical thinking. In reflecting upon this, I came to the conclusion that the attributes she exhibited were not unique but indicative of what was taking place world-wide especially within the United States and that human beings are on an inevitable path to self-destruction.

I realize that my last statement may seem like an enormous stretch given my example but I began thinking to myself that a great deal of the problems that mankind (and woman-kind for the political-correct advocators) is experiencing is due in large part to the aforementioned attributes exhibited by the disturbed woman I encountered. I thought that there was not one aspect of this troubled planet that I could not apply those attributes to along with a few others including greed, envy and the need for power or control. So I began pondering further on them:

…and I thought to myself that these are the primary reasons why Humankind (hope that works better) will not survive itself. I also found that applying those self-destructive characteristics to the disturbing aspects of what is taking place around me in nearly every aspect was quite easy whether it be in a social application or a personal one.

I would like to use this as a brief segue into some examples involving the current US political and social climate. Please bear with me as I cannot be thorough given the gravity of the subjects being examined.

Politics: You would have to have been living in another galaxy not to be aware of what has been taking place on the American political stage for the past several years. The divisiveness and hatred culminating in chaos has been evident and on display for all to see. What may not be so evident however, is the reality behind the smoke and mirror show created by all sides masking truth. First of all, please be aware that I advocate no side but attempt to take an objective look (as best as I can) and that the following is strictly my opinion.

At the center of the chaos has been essentially one individual – President Donald J. Trump and though I am not a supporter of either the two party systems/ideologies – Republican/Conservative or Democrat/Liberal respectively, I will refer to him as “President” since that is the simple reality or “truth” of the matter. Personally I feel that a position or office should be respected even if one does not respect the individual occupying the office or position. Therefore, I will never use the term, “Not My President” as has been stated by others during his term in office. I realize that this thought process will immediately turn many off and evoke hate and disdain but this, in essence, is the point I am endeavoring to make.

As the US approaches another election cycle, I began ruminating on all that has culminated since President Trumps’ election into office. What immediately garnered my attention, besides how polarizing a figure he has been, was the lack of social awareness/thoughtfulness and ignorance by some (primarily Democrats/Liberals) with regard to why he was elected in the first place. Now given that his predecessor, former president Barack Obama, was considered then as one of the best presidents of the United States in some time (arguably debatable) it should have challenged his supporters as to why nearly half a nation would embrace an unknown political element rather than continue on with a seemingly continuation of Obama’s governance even considering the representation of the aforementioned in Hillary Rodham Clinton? Hillary or HRC was somewhat of a polarizing figure herself but considering all things being equal, why not stick with the “devil you know” given her party representation and her predecessors success in office? For me, (opinion) Donald Trumps election would have been a moment of deep and thoughtful reflection with respect to party and ideology – Democrats/Liberals. The election should have been a moment of self-awareness and reconciling what was believed to be a righteous path of governing with the reality of nearly half a nation’s population in disagreement. Historically, we know that this did not happen. Instead, a path of political war was undertaken to delegitimize an election. In essence, there was no sincere look into one party’s ideology and direction with any thoughtful consideration or awareness in contrast to the actual outcome of the election.

In my opinion, if the Democratic party had engaged in thoughtful reflection; took sincere, necessary measures to address the disconnect between its ideology and the will of the people (as displayed by the election results); corrected its own shortcomings/failures and not engaged in a policy of war with the opposing party allowing President Trump to make his errors without being obstructionist, it would be far easier to usher in a different governing direction and party this election cycle. However, the lack of this self-awareness and the constant war waged with Republicans has further polarized the nation. Please don’t misunderstand, some of the policies and actions taken by the Trump administration had to be challenged but there was an enormous amount of sheer politics involved (ref. some of the fruitless investigations and impeachment hearings). This was a great waste of time, effort and money which would have been better directed towards improvement of the country and its infrastructure as well as shoring up the Democrats ability to be “above petty politics”. Now, regardless of who wins in November, one can be assured of continued social/political polarization and divisiveness to include bare-knuckled hatred.

The obstructionist actions and tactics taken by Liberal Democrats have also laid the foundation for the opposition to use against them should their representative – Joe Biden win office. I mean it should be easier for those in the country who are not supporters to take up the banner – “Biden is not my president”, continuing a dangerous and destructive cycle of social and political partisan hatred and polarization. Basically, what has been sauce for the Goose during President Trumps tenure in office by non-supporters should now be sauce for the Gander right? Intellectually, one should keep in mind everything that has been done (inappropriately) to derail or hinder Trump’s presidency because now those same measures can theoretically be employed against the Democrats and their leader. An argument can be made that former VP Biden and his running mate will not be as divisive or derisive as President Trump and therefore the nation will heal or be on the path to healing. If you are inclined to believe that I honestly have some swamp land in the Keys that I know you will want to own.

Personally I believe that we are lacking good and thoughtful leadership regardless of party and ideology. I also believe that President Donald Trump is not the President the country needs or requires but one that it deserves. There seems to be no sincere willingness to pay the legitimate price for the failures that has been committed socially and individually within the United States. This has been evident by the actions taken to essentially deny the Trump presidency but this is the very reason why I feel the destruction of the United States is but a fait accompli. As I have stated in an earlier post, “We create our own monsters”. It would be wise to understand that monsters can’t always be controlled and that they do have a tendency to want to return to their creators all the pain and anguish that has been inflicted upon them.

Besides political ignorance, I would like to address other aspects contributing to the unavoidable path of destruction that I believe this nation is on to include – Social/Legal Engineering and Policies; Racial and Gender Divide Issues; Evolution of Media Polarization and Impact; Failure of the Education System along with the Reduction of the Middleclass as well as others but perhaps in later posts all with respect to the attributes alluded to earlier in this post.

For now, I suggest we all become more thoughtful and considerate with respect to what we desire politically, socially as well as individually. We can all do better and be better in every aspect.