Hate to break shocking news to everyone but the American Dream much like the country itself, has been on life support for decades now. The country is nothing more than a paper tiger and shell of what it once was. Congratulations to those “Special Interest Groups”, the greedy, the elitist and their supporting cast of lawyers, judges, and politicians and last but certainly not least – the American people. That’s right, it is due to us and our self-centeredness that has allowed the aforementioned to succeed in destroying this country. “They” have learned that we will fight and fracture, bitterly, over just about any issue – religion, liberalism, conservatism, federal vs states rights, gender, race, sexual orientation, constitutional rights, class, civil relationships (why divorce is so high and we are such a litigious nation), abortion, world isolationism, environmentalism, nuclear weapons, how to deal with terrorism, illegal immigration, pandemic diseases and on and on it goes ad nauseam. All of these things and more have been utilised to instill fear within and carefully divide us until we are at each others throats, in poverty and surrendering our civil liberties and freedoms to those that know “what’s best for us”.
Many of us have been taken in while many others have just been dumbed down and fattened up for the slaughter. Mindlessly watching television or influenced to indulge in alcohol, drugs or worthless items and services that we cannot afford (debt is good don’t you know). Meanwhile, group think and control increases as individual freedoms decrease.
When it is all said and done, OUR OWN WEAKNESSES as a people and a nation have been strategically used against us. How does the old saying goes – DIVIDE and CONQUER!
So, can everyone stand up and take a bow now!  We have played into the hands of our would-be destroyers without thinking.
The United States was a nation born of dreamers. Though it is not, and never has been,

perfect its philosophy and “ideals” are good and noble – All Men (and Women) were created equal; E Pluribus Unum (From Many One) – people from various religions, races, genders, ages, sexual orientations, and cultures can come together in peace and harmony and finally that Life, Liberty and the Pursuit of Happiness is EVERYONE’s inherent right. In its pure nature, this philosophy is not only applicable to Americans but to all the world’s inhabitants.  Strangely enough, under this philosophy all the world’s  people, cultures and governments share in this very ideal as a “World Culture”.  In that respect, failure of the American Dream is not only a United States failure but the World’s failure. 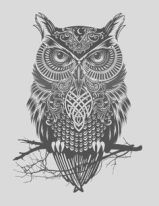 Is it really America now?