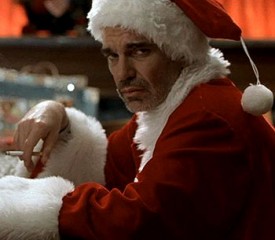 As I sit down to compose another blog, I find that I am beside myself with worry and concern, as I am sure most of you are, with regard to the state of current affairs and the direction that this world is headed.   As we near this commercialised season where we are wished a Merry Christmas; shop until we inevitably drop searching for that special deal for ourselves and others and nonchalantly stress peace and good will, it’s hard to buy into an idealised fantasy of the season with all the pretentiousness, selfishness, hate, violence and death. How can anyone truly be optimistic considering the recent violent events in France, the US, and the Middle East? You can basically pick any location across the globe and look on with fear and horror  at what is transpiring.

It’s quite ironic, or perhaps just sad, that we primarily call for peace on earth, good will towards others and shop for baubles when violence, conflict and war is the order of the day.  The world has become more polarised  by ideological differences and we seem to become more desensitised to the resulting violence as we casually focus more on arguing or debating who’s right and who’s wrong with respect to etiology.  I use the term “etiology” because what we are facing seems like a disease of man-kind.  We face this disease of hatred and violence by foolishly polarising ourselves and then assigning blame to the symptoms instead of

intelligently finding the root cause. The resulting choices that we make  are based on misguided assumptions and rooted in fear and personal ambition. This then inevitably leads to the making of more monsters spreading more diseases.

I would like to believe that the glass is half full rather than half empty regarding the destiny of the human species but that is exceptionally difficult to do.  Considering how self-absorbed we are individually and the degree to which our societies and governments have increasingly become more and more self-serving guided by the will of the few instead of the needs of the many, it is quite easy to take a pessimistic view on the fate of humanity.  This pains me deeply to ponder as it should anyone of conscience, compassion and intelligence.

I don’t want to mislead you into thinking that I have the cure for what ails us. I don’t believe that any one person does.  At the cost of repeating myself, I do believe that we need to alter the course that we find ourselves on by altering our perceptions of ourselves and the world around us. We need to see clearly through the smoke and mirrors that we have been bombarded with.  I have never been one of late to revel in the commercial Christmas season. I believe that the best gift you can give to someone comes from within and not from an expensive department store. Without trying to sound maudlin or too pretentious, the greatest gift one can

receive is your time, understanding, compassion, wisdom, and love.  I know that many around this world have been affected by violence, hatred and despair either directly or indirectly. We need to help as a community or individually and reject the selfish, self-serving mentality that seems to be omnipresent.

Below I have included a video link to one of my favourite songs. To me it’s about utilising sympathy and empathy for another.  I hope that you will enjoy it also and give sincere thought for the well-being of others as well as who you really are as an individual and what type of world you want to live in and pass on.